Charlotte, student midwife: "We are very quickly in autonomy"

While midwives are mobilizing again this October 7 to make their rights heard, Charlotte, a 21-year-old Breton student, talks about the choice of her specialty: midwifery. A demanding training, but which corresponds to it because focused on practice and rich on a human level.

Originally, Charlotte wanted to be a pediatrician. She changed her mind during her common first year of health studies (PACES). "I didn't like anatomy at all, I realized that the theory was not what interested me the most. In medicine, we lose the human relationship side with the patient. Maieuticians , they are present throughout the process, there is a closeness with the patient and a global follow -up ", she compares.

After her PACES, she began studying maieutics at the school in Rennes. Charlotte is just beginning her third year, out of the four that the training has (not counting the year of PACES, which has become PASS or L.AS). "It's not easy, but it's worth it," she sums up halfway through.

Midwifery studies, or how to become a midwife

Become a midwife by practice 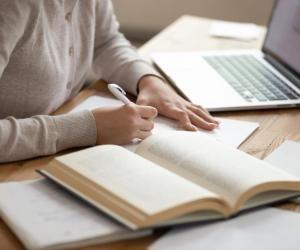 After the PACES, the first year of midwifery remains fairly general. Theoretical lessons take up most of the timetable (cardiology, pneumology, etc.). Then, they become more specific in the following years: paediatrics, obstetrics, etc.

Even if the course is "very addictive", the student believes she has time for herself alongside her training. "We don't have to have our heads in it all the time," she describes.

Moreover, the most appreciable, according to Charlotte, is above all the concrete side of the training. The numerous internships make it possible to put the courses into practice and "to assimilate more easily" : nursing care, post-delivery follow-up and discovery of the birthing room, but also gynecological and pregnancy follow-up and finally, learning about pathologies at the end of curriculum. "We are very quickly in autonomy, under the supervision of midwives", says the young woman, who was thus able to carry out her first deliveries almost alone, from last year, in the second year of midwifery.

Live my life as a midwife: "I always wanted to do this job"

On the other hand, the Breton woman was surprised to discover that there was "a lot of pressure" in the birth rooms. "Some midwives are quite demanding, perhaps because they don't have enough recognition. They want to forge us, train us as well as possible."

It is also necessary, at each stage, to "reprove yourself". Between internships, guards and irregular rhythms, training is not easy. The future caregiver admits a few “slacks” and relies, to cope, on the “enormous benevolence” which reigns in her small class of 30 students (including two men).

A day in the footsteps of a student midwife

Once she has her diploma, Charlotte would first like to work in a large hospital , "to see all the pathologies, to be able to seek advice from other midwives and gain confidence". She plans, later, to settle in liberal.

And, in the meantime, why not do humanitarian work. " That's the good thing about this job: it's very varied ." But what she loves above all is this "special bond" that is created "in a very short time" with women during childbirth. “Super beautiful” moments, which confirm his choice.

a common path to women's health